8:20pm - Sean Couturier (Phi) (back) could return within the next month if his rehab goes according to plan, Renaud Lavoie of TVA Sports reports.

2:50pm - Robert Hagg (Det) left Sunday's scrimmage after he was struck by the puck in the back of his ear/head area.

2:01pm - Cam Atkinson (Phi) (upper body) was held out of Sunday's scrimmage, according to Bill Meltzer of the Flyers' official site.

1:55pm - Carter Hart (Phi) (lower body) is listed as day-to-day, according to Olivia Reiner of the Philadelphia Inquirer.

1:26pm - Christian Fischer (Ari) (lower body) is expected to play Sunday in preseason action against Anaheim, according to Craig Morgan of PHNX Sports.

12:30pm - Timo Meier (SJ) Meier's agent, Claude Lemieux, told Sheng Peng of San Jose Hockey Now that he does not expect to get a contract offer from the Sharks until the end of the 2022-23 season.

10:54am - Dylan Cozens (Buf) is confident that he will improve his goal scoring this season, Bill Hoppe of the Buffalo Hockey Beat reports.

10:57pm - Ilya Samsonov (Tor) stopped all 16 shots he faced in two periods of a 4-2 exhibition loss to Ottawa on Saturday night.

7:17pm - Alec Martinez (VGK) (upper body) is expected to be on the ice tomorrow, Jesse Granger of The Athletic reports.

5:23pm - Phillip Danault (LA) returned to the ice Saturday after skipping Friday's skate because of a muscle issue, according to Zach Dooley of the Kings' official site.

11:33am - Parker Kelly (Ott) Kelly (undisclosed) didn't skate on Friday, according to Bruce Garrioch of the Ottawa Sun.

10:21am - Anton Stralman (Bos) Bruins have signed Stralman to a PTO.

10:14am - Michael Rasmussen (Det) Andrew Copp recovering from abdominal surgery, Rasmussen has been centering a line of Jakub Vrana and David Perron, reports Max Bultman of The Athletic.

10:03am - Barclay Goodrow (NYR) (ankle) won't practice on Saturday, but he did skate on his own, per Arthur Staple of The Athletic.

10:37pm - Wayne Simmonds (Tor) who is competing for a roster spot this season, spent the summer trying to speed his game up, reports The Athletic.

6:00pm - Jon Merrill (Min) (arm) is expected to miss the first five to 10 games of the season, per Michael Russo of The Athletic.

4:11pm - Tyler Tullio (Edm) was injured in a prospects game, per Daniel Nugent-Bowman of The Athletic.

4:07pm - Raphael Lavoie (Edm) has been ruled out for training camp, according to Daniel Nugent-Bowman of The Athletic.

3:25pm - Anthony Duclair (Fla) (torn Achilles) is still a long way off from returning, per Jameson Olive of the Panthers' official site.

3:22pm - Zac Dalpe (Fla) is battling an undisclosed injury, according to Jameson Olive of the Panthers' official site.

3:19pm - Justin Sourdif (Fla) is day-to-day with an unspecified injury, according to Jameson Olive of the Panthers' official site.

2:42pm - Tristan Jarry (Pit) has spoken to Jarry about a contract extension, per Wes Crosby of NHL.com.

2:11pm - Adam Gaudette (Tor) is skating on a line with John Tavares and Mitch Marner at the start of training camp, per Jonas Siegel of The Athletic.

1:45pm - Anton Stralman (Bos) will sign a PTO with the Boston Bruins according to Pierre LeBrun of The Athletic.

1:10pm - Jakob Chychrun (Ari) (ankle) has requested a trade from the Arizona Coyotes according to The Hockey News.

12:58pm - Vincent Trocheck (NYR) will get the first opportunity to replace the departed Ryan Strome on the Rangers first power play according to Vincent Mercogliano of northjersey.com.

12:43pm - Mathew Barzal (NYI) wants to sign a long-term contract before the start of the season according to Kevin Kurz of The Athletic.

12:21pm - Boone Jenner (CBJ) (back) is not participating in team scrimmages according to Aaron Portzline of the Athletic.

12:15pm - Jake McCabe (Chi) (cervical spine surgery) had his surgery six weeks ago and could be ready in four-five weeks according to Mark Lazerus of The Athletic.

12:01pm - Laurent Brossoit (VGK) (hip surgery) will not be available for training camp according to Steve Carp of The Players Tribune.

11:36am - Mark Stone (VGK) (back) participated at practice Thursday according to Jesse Granger of The Athletic.

11:26am - Cole Sillinger (CBJ) is day-to-day after suffering an upper-body injury in practice Thursday according to Brian Hedger of the Columbus Dispatch,

11:12am - Jakub Galvas (Chi) suffered an oblique strain and will miss practice Friday.

11:07am - Fabian Zetterlund (NJ) will miss the first couple of days of training camp due to immigration problems according to Mike Morreale of NHL.com.

10:45am - Jake Sanderson (Ott) will start his NHL career paired with a veteran defenseman, Ken Warren of the Ottawa Citizen reports.

10:35am - Dylan Larkin (Det) is pain free in training camp after undergoing core muscle surgery in April according to Ansar Khan of mlive.com.

10:23am - Matt Grzelcyk (Bos) (shoulder surgery) skated on his own Thursday per Eric Russo of NHL.com.

10:07am - Artem Anisimov (Phi) is expected to battle with Tanner Laczynski for the fourth line center job in Philadelphia according to Sam Carchidi of Philly Hockey Now.

9:57am - Oskar Sundqvist (Det) missed the opening day of practice with an undisclosed injury per Max Baltman of The Athetic.

10:41pm - Spencer Foo (VGK) (lower body) sustained an injury during the offseason and is not available at the start of the Golden Knights' training camp, Ben Gotz of the Las Vegas Review-Journal reports.

10:38pm - Daniil Miromanov (VGK) (undisclosed) underwent surgery this offseason and is not available at the start of the Golden Knights' training camp, Ben Gotz of the Las Vegas Review-Journal reports.

10:35pm - Peter DiLiberatore (VGK) (undisclosed) is recovering from offseason surgery and is expected to miss the start of the AHL season.

10:33pm - Brendan Brisson (VGK) (undisclosed) is not ready to take contact but could be as early as Friday, Ben Gotz of the Las Vegas Review-Journal reports.

9:13pm - Ryan Winterton (Sea) (shoulder) is not at the Kraken's training camp, Andy Eide of the Kraken's official site reports.

9:09pm - Jesper Froden (Sea) (lower body) is listed on the training camp roster for the Kraken, Kate Shefte of The Seattle Times reports.

8:35pm - Jack Hughes (NJ) (knee) was on the ice in the first practice session Thursday, Amanda Stein of the Devils' official site reports.

7:31pm - Nick Blankenburg (CBJ) (knee) is slated to participate with Group 3 at the Blue Jackets' training camp, Aaron Portzline of The Athletic reports.

7:29pm - Adam Boqvist (CBJ) (undisclosed) is expected to be on the ice for training camp, Aaron Portzline of The Athletic reports.

7:13pm - Nikolai Knyzhov (SJ) (Achilles) is not guaranteed to return for the Sharks this season, Corey Masisak of The Athletic reports.

7:02pm - Givani Smith (Det) (undisclosed) was on the ice for the first day of Red Wings training camp Thursday, Max Bultman of The Athletic reports.

6:51pm - Alexei Toropchenko (StL) (shoulder) skated with the Blues during practice Thursday but hasn't been cleared for contract, Tom Timmermann of The St. Louis Post-Dispatch reports. 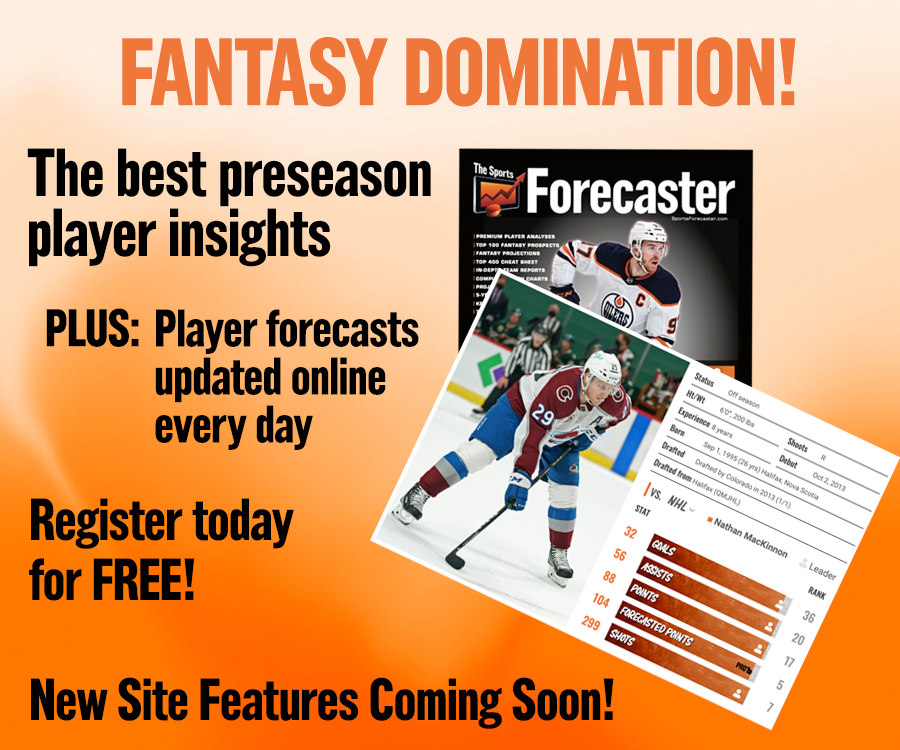